As fewer records are found during summer, and floods often derail surveys during spring, surveys are mostly carried out from October to December. The sample locations are investigated over 600 m for otter signs. Research showed that usually more than 50% of all records are found at the starting point. On principle, always only one riverbank side is investigated.  Below bridges with wide, sandy banks, the chance to find otter footprints is much higher than in grassy pipe culverts.

If an otter sign is found at a sample site, the search is stopped and the random sample is recorded as “positive”.  If there are no signs along the 600 m stretch along the bank, the random sample is recorded as “negative”. The only otter signs that count as prove are faeces and otter footprints, because there can be no doubt about the presence of an otter. The admission of an otter sighting requires either a picture for confirmation or someone declared to recognize otters without fault. The percentage of “positive” samples in an area shows the distribution of otters and allows for comparison between regions. The Standard Method enables the compilation of digital distribution maps on an international scale. Furthermore, areas where the described method was used but no signs of otters have been found can be illustrated.

Systematic surveys present a reliable method to evaluate the distribution of Eurasian otters. 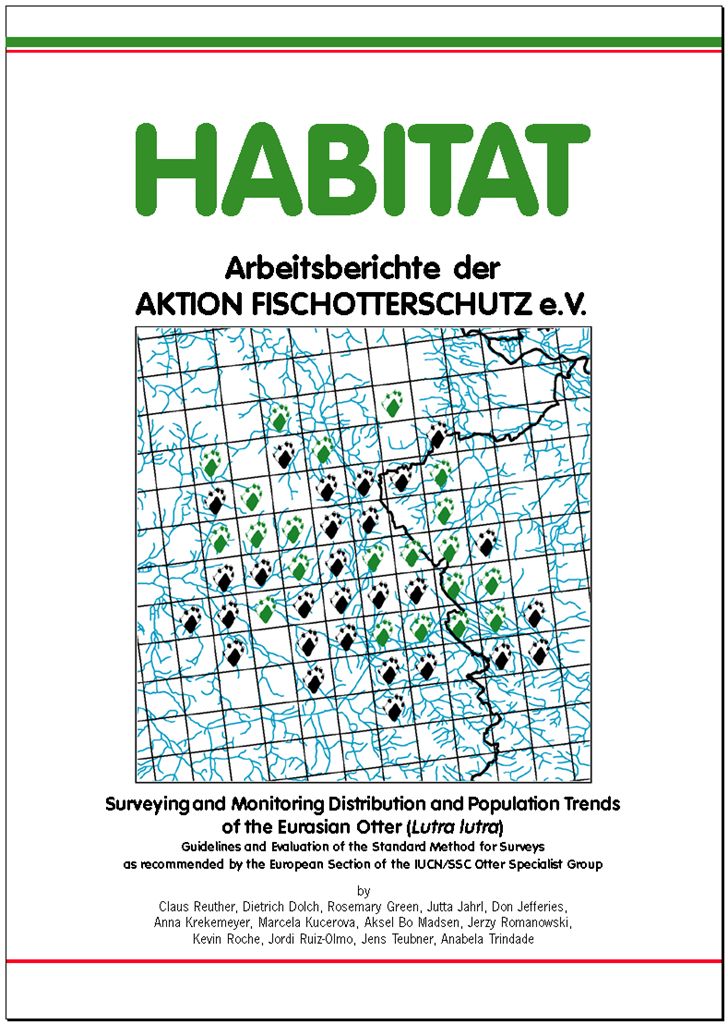