Eurasian otter populations used to be widespread across North Africa, Europe and Japan. For hundreds of years otters were hunted by humans, mainly because of their competition with humans over fish stocks. Additionally, their habitat was destroyed by unnatural alterations of waterways, drainage of wetlands, and point source as well as diffuse water pollution. By the 1970’s, otters were close to extinction in many parts of Europe. Protection was improved by CITES (the Convention on International Trade in Endangered Species of Wild Fauna and Flora), the EU Habitats Directive, and the Berne Convention, allowing a slow recovery of otter populations. A wide range of measures to improve habitats promoted this development: Restoration of habitats around water bodies, wetland developments, riverbank programs, implementation of the EU Water Framework Directive, as well as creating migration corridors and bridge-crossing opportunities have provided otters with more suitable habitats. In Germany, otters are found mainly in Brandenburg, Mecklenburg-Western Pomerania and Saxony. They also occur in regions of Lower Saxony, Schleswig-Holstein, Thuringia and Saxony-Anhalt. Within the last few years, the first records appeared in North Rhine-Westphalia and Hessen. The population in Bavaria is restricted to the east. There are no records of otters in Saarland, Baden-Württemberg, or Rhineland-Palatinate. 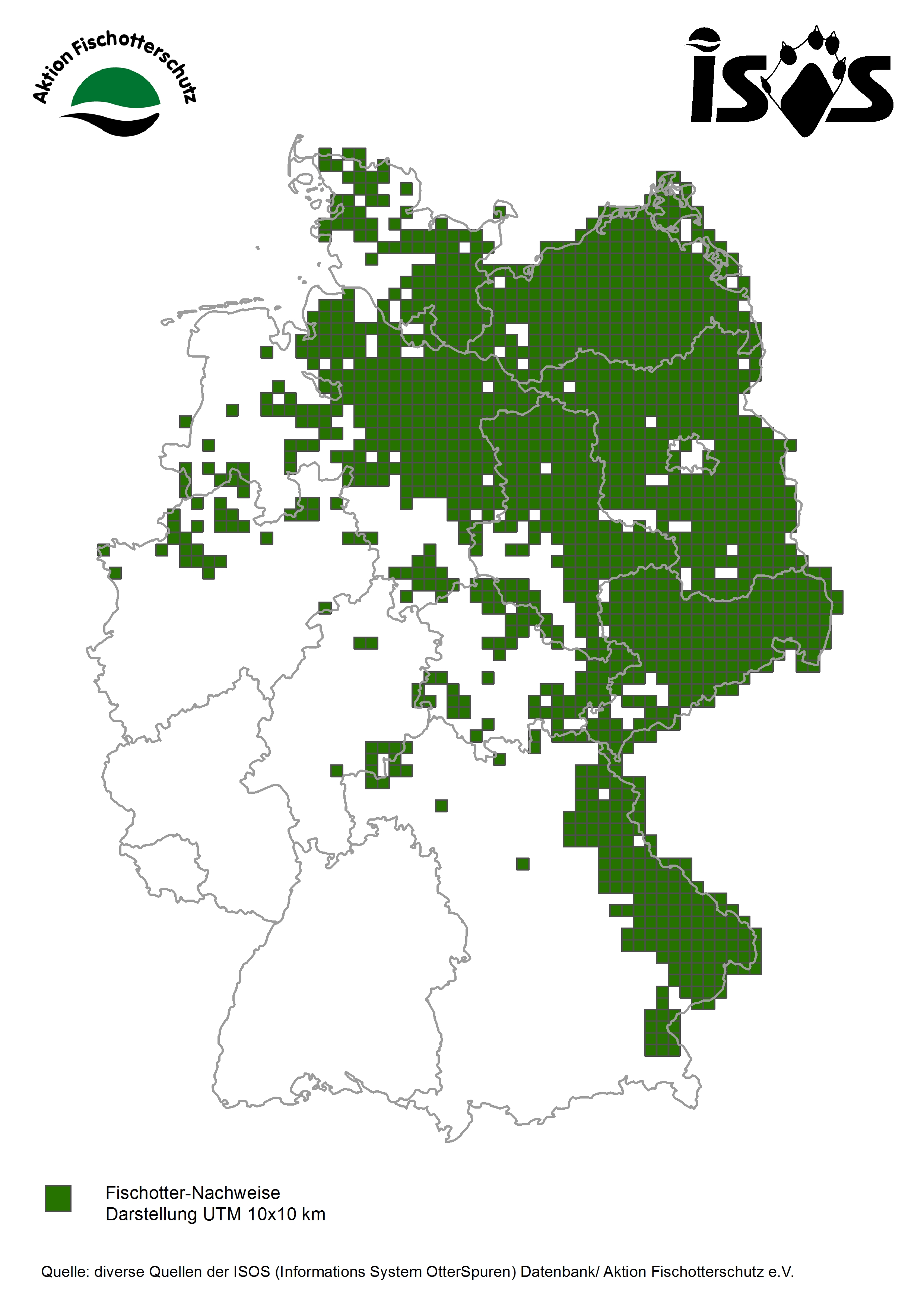