Eurasian otters do not have a fixed mating season, so they can produce young all year. Both males and females become sexually mature when they are about 24 months old. At this point, they have left their parents’ territory and should have obtained their own. Males and female live together during the mating season. They communicate mainly by scent, which are predominantly discharged in designated areas (latrine). This kind of “Communication centre” makes it possible for males in each territory to know about and take advantage of the mating readiness of females. In Central Europe, mating can happen at any time of year, one of many adaptions of otters to their environment. After an extended courtship, copulation usually occurs in the water, or sometimes on land.

After a 60-day gestation period, the female gives birth to 1-4 young (most commonly 2-3). They are born in a well-hidden and well-padded otter holt, and weigh around 100g. The female shows pronounced nest-building behaviour and she cares for her offspring intensively. The male does not take part in rearing the young. When the young are about 8 weeks old, they leave the otter holt for the first time. Then they encounter water, the essential element of their life, which they very much do not like at first. The female has to be vigorous to encourage the young into the cold water. In the following months, the female continues to care intensely and protect her offspring. All of the female's life experience is passed down to her offspring to give them the best chance of survival. It is assumed that female otters give birth to young once a year.

As illustrated above, the reproduction potential of Eurasian otters is especially low compared to other mammals of similar size. For example, Foxes are able to give birth to six to eight young when only 12 month old, whereas female otters have to survive 24 months to be able to give birth to two young, on average. This means otters are very sensitive to population depletion because they are not able to reproduce quickly enough to stabilise their numbers. In the wild, otters live only about 10 years, while otters in captivity can live up to 15-16 years old. 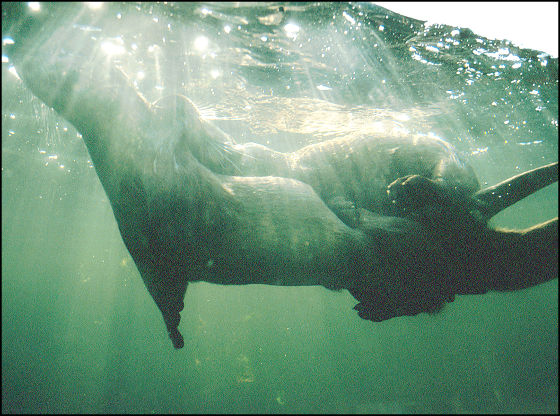 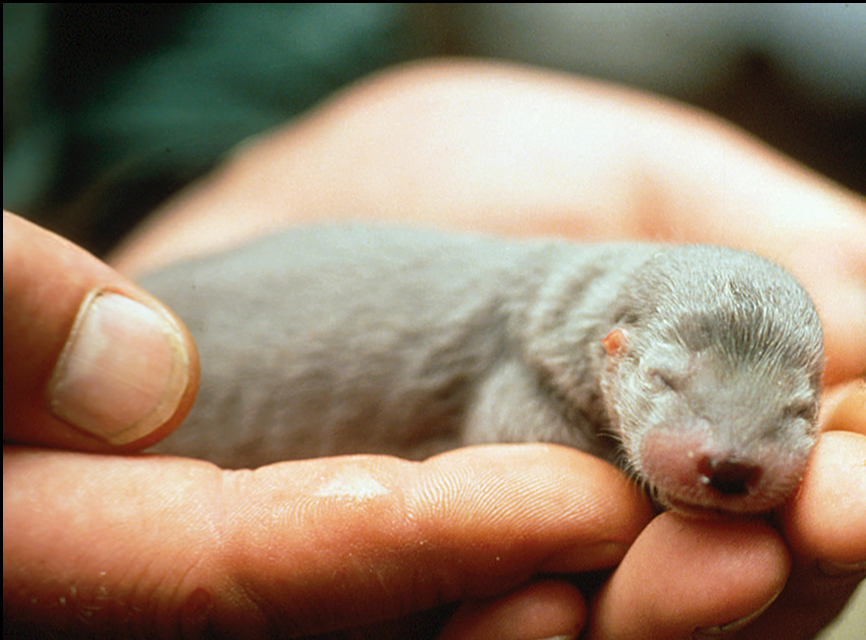